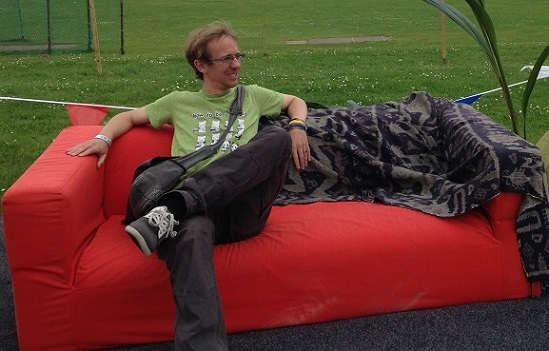 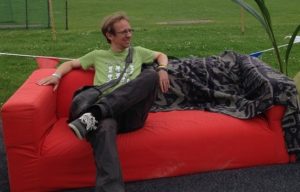 Cards on the table, Three Men in a Boat is my Bible. Actually, that’s not quite true. Jerome K. Jerome’s underappreciated masterpiece The Idle Thoughts of an Idle Fellow is my scripture. I model myself on its title scrupulously. Three Men in a Boat is merely the best book ever written, and my first born will be christened Montmorency (or would be, if I believed in anything as biblical as baptisms). 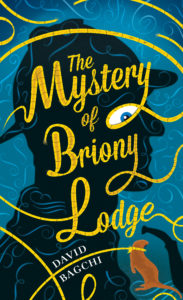 So by using this work of genius as one-half of the basis for The Mystery of Briony Lodge David Bagchi has given me some cause for concern, or rather, cannot avoid one of two possible causes: Either his book will not be good enough, it will pale in comparison, tarnish memories of the original and force me into an ill-advised and ultimately futile campaign of snarky social media posts and nights of poking dog excrement through letter boxes; or, it will be excellent, in which case I will wish I had written it myself and be consumed by jealousy. Full disclosure: this may lead to very similar actions to the ones described above. So which is it to be?

Bagchi, like our hero Jerome, was born in Walsall, and fortunately the similarities do not entirely end there. He also has a pen for observational humour “His sunburnt face and close-cropped white hair gave him the appearance of a bronze statue in a pigeon loft” he writes when introducing one character. So far so tentatively optimistic. Does the gift extend to crafting a whole book’s worth? Here Bagchi has a trick up his sleeve, for there is, as alluded to above, another side to this story: Sherlock Holmes.

Not content with risking the genteel wrath of fans of Victorian era riverboat comedy, the Hull based author has chosen to stir Arthur Conan Doyle’s paragon of logic into the mix. Even while exponentially increasing the amount of people he might offend by getting this wrong, one feels Bagchi could be on safer ground here – if only because these stories have been parodied since before Conan Doyle had even finished writing them, so everyone is used to the idea.

The neat conceit is that Holmes is J.’s downstairs neighbour. (Both characters famously reside in London boarding houses, and the time periods overlap, so why not? Only because J.’s landlady is Mrs. Poppets; while Holmes’ is Mrs. Hudson, so they could not possibly have lived in the same house. But it would take a particularly unpleasant kind of curmudgeonly stickler to get upset about that…) Of course this leads to the Three Men becoming mixed up in one of the more famous entries to the casebook, and discombobulation ensues.

Where there is a Holmes of course there is a Watson, and the Doctor is pressed into service in a couple of chapters in order to keep the plot chugging along. The primary narrator however is J., Jerome’s own alter-ego, and this is the voice Bagchi strives to capture. Interviewed at his book launch he self-effacingly referred to his effort as a parody. He could afford to be a little less modest. Perhaps I might suggest the phrase ‘passable imitation’? That is not meant to damn the book with faint praise. For example, a lengthy eulogy on arriving in the countryside ends-

“Sounds which with mere city-ears I could never have heard now came to me through the clear air with the pellucid clarity of a churchyard bell. It was as if Nature herself were endowing me with her panoply of arms, equipping me to track down my quarry in a righteous cause. Even my sense of direction was miraculously more acute, more sure. I set off resolutely, every nerve steeled to the coming chase.

‘You be going the wrong way, sir’”

-and the following altercation with a local wag leads a turn of the page later to the bitter observation: “Give me civilisation over the countryside any day of the week.” Jerome was the master of this, setting up a situation and subverting it to comic effect, and to say that he himself might have written this is the highest compliment I know how to give. If there is a criticism (and if there is, it is only made out of spite) Bagchi perhaps struggles to adapt the tone with the changes in narration. “It is difficult as well as tiresome to pursue a man on the river whose main direction of travel is circular: he is as likely to end up following you as you him” is a lovely line, but perhaps so much effort has been expended in getting inside Jerome’s head that the author is trapped there, and unable to get out to write as Conan-Doyle.

To push quibbling to an art form, to really dig deep and carp, for me the real joy of Three Men in a Boat is its depth. Terry Pratchett aspired to be the modern Jerome, for me, Bill Bryson or Michael Palin might be closer to the mark. But even a terrifying sci-fi experiment-gone-wrong multi-headed combination of the three of them might not match up. Three Men in a Boat is so much more than just a very fine comic novel. It is a history, a travelogue, and a treatise on life that has remained current for a hundred years. The Mystery of Briony Lodge is just a very fine comic novel – and there can be no shame in that.

Ultimately then, was I enraged by Bagchi’s temerity in writing this at all, or fawningly grateful (and yes, secretly seethingly envious)? Well, David, when filing for a restraining order, it will be to stop me bothering you to sign my copy. And as for dealing with the jealousy, well, I can always attempt to follow in your footsteps and mash a bit of J. into my work. When it comes to Conan Doyle on the other hand, I was always more of a Lost World man. Prepare yourself for Montmorency versus the Dinosaurs…