The Lost Gospel of Lazarus

A powerful tale inspired by the biblical Raising of Lazarus.

What if your beloved friend brings you back from the dead, and you see nothing of any afterlife? And what if that friend is the Jewish mystic Yeshua, who will come to be known as Jesus? His miracles are stirring the authorities in Jerusalem, and Lazarus finds himself scrambling after his childhood companion during Passion Week, the turbulent final chapter in Yeshua’s life. Meanwhile Lazarus struggles to return to his work and family, feeling a great sense of fragility and lost identity since his return to the living world. He can’t help but wonder if he was resurrected to save Yeshua in his time of dire need…

Richard Zimler’s impeccably researched novel draws you into to Roman-controlled Jerusalem, the Jewish communities within it and the permeating Greek cultural influences. A cast of biblical figures, from Mary and Joseph to Mary Magdalene, are restored to their Jewish roots. Jesus is presented as a mystic within the practises and traditions of ancient Judaism. Zimler brings us a fascinating and highly moving read.

A SUNDAY TIMES BOOK OF THE YEAR | NUMBER 1 BESTSELLER IN PORTUGAL.

‘A POIGNANT, UNSETTLING PERSPECTIVE ON THE MOST FAMILIAR STORY IN WESTERN CIVILISATION.’ The Times

‘A VERY HUMAN TALE OF RIVALRY, BETRAYAL, POWER-GRABBING AND SACRIFICE.’ The Observer

Novels based on Bible narratives are thin on the ground in our secular times, and can be hit-or-miss affairs, but Richard Zimler’s The Gospel According to Lazarus is both engaging theology and literary thriller. How amazing to be Lazarus and get a second bite at life, I used to think, until I read this reverent and subtle meditation on the ways in which the dead can interact with the living, chronicling a profound friendship between Yeshua (Jesus) and Lazarus, in which each saves the other’s life.

Rich in detail and perception and grounded in the sensual compulsions of life such as hunger, pain, interpersonal relations and psychological eccentricities . . . Zimler’s tone is compassionate. His audience may find, in its evocation of intrigue, passion and trauma, aspects of a biblical thriller.

A very human tale of rivalry, betrayal, power-grabbing and sacrifice . . . Perhaps the most remarkable aspect of this brave and engaging novel is that Zimler manages to make the best-known narrative in western culture a page-turner. I simply had to keep going to the end to know what would happen. 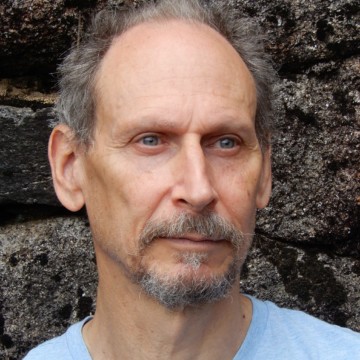 ‘Richard Zimler is a present-day scholar and writer of remarkable erudition and compelling imagination.” —The Spectator Richard Zimler’s eleven novels have been translated into twenty-three languages and have appeared on bestseller lists in twelve different countries, including the UK, United States, Australia, Brazil, Italy and Portugal.  Five of his works have been nominated for the International Dublin Literary Award, the richest prize in the English-speaking world, and he has won prizes for his fiction in the UK, America, France and Portugal. Richard has explored the lives of different branches and generations of …