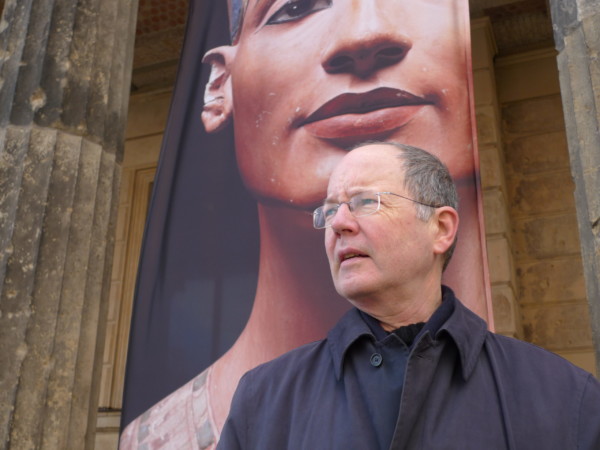 Q: Your first novel Immediate Harm was a legal thriller with science fiction overtones – a virus jumping to humans from GM corn. Sphinx: The Second Coming is full-blown scifi. What drew you to the genre?

JT: Since I was a boy, scifi has given me a place my mind wants to go. How many novels about bourgeois angst and infidelity can you read when there are other worlds, even other universes to explore, in stories that explore the full range of human capacity and passions? Over the last five years or so, I’ve been going back to read classic scifi tales of the fifties and sixties, from the likes of Blish, Silverberg, and Simak.

Q: Sphinx has elements of scifi, fantasy, even quantum fiction. How would you place it in terms of genre? What books influenced it?

JT: It has all of those and I would add that it has elements of historical fiction as well. I wanted to take my favourite genres and blend them into a convincing whole. So the story line is compelling, I hope, and then there is this separate pleasure to be had. The reader can emerge onto the plane of the writing, if they would like to appreciate the weaving together of all these techniques. Ben and Jerry’s have a new line of ice creams that blend two flavours in the same container and have a sauce in the middle. I am aiming for that kind of fun. What books influenced Sphinx? Really, the avid reading of a lifetime. But let me give it a try: from hard science, like David Deutsch on the multiverse, to shelves of books on the history and the religion of Ancient Egypt.  Space epics had an influence, particularly Olaf Stapledon, and the historical fiction of Marguerite Yourcenar, Mary Renault and Allan Massie

Q: Sphinx starts with an origin story of Ancient Egypt. You go on to recreate the priestly world of Saqqara in the mode of a historical novel, and then the action shifts to modern Cairo. What’s the pull of Egypt for you?

JT: I have always felt a strong pull to Ancient Egyptians and have been amazed by what they accomplished. They invented mathematics, astronomy, astrology, were among the first to use the written word, to create complex legal systems, to give women rights, they created some of the most powerful art ever made, what is still the world’s largest temple complex, and of course there is the enduring majesty and mystery of the pyramids and Sphinx. And they did all of this overnight, in historical terms, going from a fairly primitive predynastic culture to the magnificent Old Kingdom, around five thousand years ago, which already possessed most of what was to make Egypt great for millennia, and whose buildings and art are if anything the most elegant ever produced in Egypt.

Q: Did the novel take much research and travel?

JT: It grew out of many years of research into the history and religion of Ancient Egypt. There was a long time when I simply could not get enough of it, and there is such a course of its history there is a lot to read. I did travel to Egypt while I was writing the book, but had much of my first draft done by then, and was happy to find out that I had been able to travel there very accurately in imagination based on my reading, even to the number of steps on entering the Great Pyramid. Of course nothing does really compare to going there, being in the sun and sand, being inside the Great Pyramid with the lights turned out, the chamber illuminated by a single candle, while you and your friends invoke the gods. It’s also hard to top meditating between the paws of the Sphinx, by the Dream Stela of Thutmose IV.

Q: Sphinx opens with a prologue that tells how the whole story came to you. It claims to be real but clearly sets the reader up for fiction. Are there any grains of truth in the prologue? astounding thing is that everything in the prologue is real. I was travelling to the psychiatric institute where Carl Jung was trained, because I ran a neuroscience institute at the time. The visit to the countess is just as described. Even more remarkably the hotelier in Grenoble acted just so. The boils and the dreams of the Sphinx followed. There was really a kind of compulsion to write the book. I would lie in a foetal position and scenes would unfurl in front of me. It was as if I had stepped into another world for the years from that day in Grenoble until the book is published, and I suppose, beyond.

Q: You introduce the Consilium, a parliament of galactic forces that keeps an eye on stripling Earth. Earth is in an early stage of development and could yet make fatal moves for itself. Is that how you view this planet?

JT: We are a teenage species, and the question is whether we will survive our teenage pranks long enough to mature. The big threat is global climate change, which we’ve brought about from generating electricity, driving cars, making cement and so on, before we even noticed it. Martin Rees, British Astronomer Royal, has written an elegant little book our chances of survival. It is called Is This our Final Century? A pillar of the scientific community, he estimates the probability we will cause our own extinction by 2100 as fifty/fifty.

Q: Do you see Sphinx as carrying an environmental message?

JT: Absolutely. Sphinx starts with the idea that the gods have gone quiet. In studying Egypt it became clear that just like the Jews, the Egyptians believed early on that their best people spoke right to the divine, who spoke directly back to them. After Moses, the god of the Jews stopped talking, and around the same time, so did the Egyptian gods. I wondered if the gods had gone quiet and might come back. Turns out the Egyptian gods made this world and are uniquely fond of it. When they do come back and find that we are mucking it up they are far from pleased.

Q: I see you were once head of a brain science research institute. Does neuroscience colour the book at all?

JT: The speciality of the Heffter Institute, where I was Executive Director, is investigating the mind through the use of hallucinogens. My speculation on the use of a hallucinogenic communion by the Egyptian priests is based on discussions with ethnobotanists. Much ancient religion, in the Americas, in the Indian subcontinent, and I believe in Egypt, was based on using hallucinogens to gain access to perceptions closed to everyday mind. By stimulating the brain’s serotonin system, the priests gained visions that were of deep meaning to them and were core to the belief systems they created.

Q: Brain science and brane theory – Sphinx covers the latter as well. How important is the science part of science fiction for you?

JT: Science is a very important part of science fiction for me. There is much about hard sf, say the work of Greg Egan, that I’ve always liked. And the reason why is that I like science. Right now I’m reading Richard Feynman’s QED. Who knows how it will come into my writing? When you read the papers and watch the news, it is soap opera. When you read about science, as in New Scientist and Scientific American, you are learning something new and real about the world. Soap opera repeats itself. For the first four years after I moved to the UK the headlines in the papers every day was “Blair Defiant.” This was an epic of tedium.  In that same period there was a welter of fascinating science that emerged; it’s where the real news is.

Q: Egypt is one of the political hot spots on the planet. Is that political aspect current in Sphinx at all?

JT: I started writing Sphinx about 15 years ago, well before the Arab Spring and its aftermath. There are dark political forces at play in the book that have been in play for decades in Egypt, and that I believe still are. Conservative forces are present that would be unquiet should others see value in the ancient ways.

Q: Lots of cool stuff gets labelled as Zen nowadays. You’re in fact a Zen Buddhist priest. In what ways is Sphinx a Zen novel?

JT: There are a number of deep mystical experiences in the book. I can tell you they are real. And there is a deadly mind combat between two of the main characters, which gained inspiration from Zen dharma comba

Q: Priest, CEO and novelist … what part of you does the novelist reach that the other roles don’t?

JT: Being a novelist activates the part of me that is a fantastical storyteller of the unbounded. In Zen we incinerate stories and experience emptiness. In my CEO role, I have talked into being the first public interest law group at pan-European level. These are stories of a certain form and content. In novels, we can make dreams real enough to share.

Q: What characters most surprised you?

JT: The Sphinx himself surprised the hell out of me. Talk about unbounded. He simply will not behave.

Q: What’s your best hope for how readers will experience Sphinx?

JT: I hope that by reading Sphinx they enter a new world, a noumenal world in which the gods are real and speak to us.

Sphinx: The Second Coming is out now in paperback and ebook. 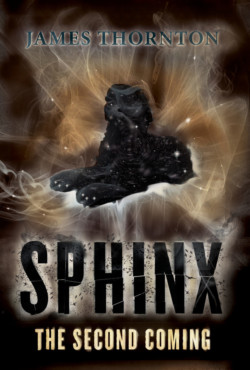 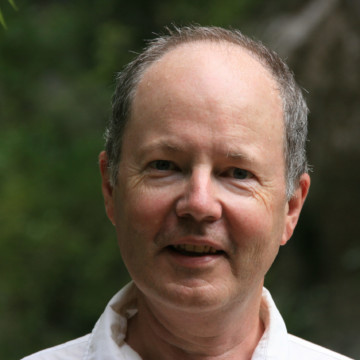