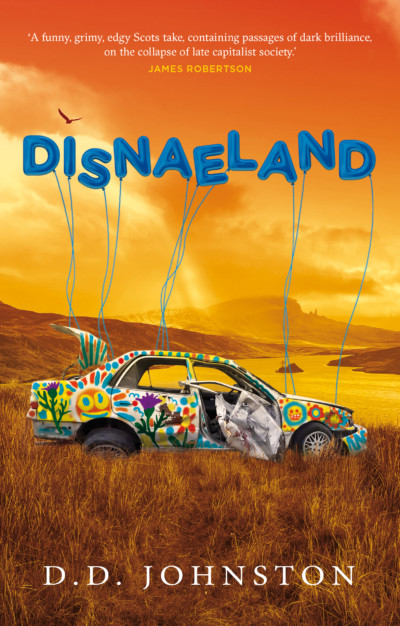 What if the end of the world is the best thing that’s never happened?

In the central Scottish town of Dundule, residents of the Busy Bee Flats – Donna and her eight-year old daughter, dour ex-miner Douglas, big Giorgio the chip shop fryer, young druggies Tam and Mac – struggle like everyone else.

Then the lights go out.

Winter, and it’s a global blackout.

Now’s the choice. Go wild and raid the streets, or come together and build something new in the ruins of the old.

But there’s no paradise yet. Botched deals, armed survivalists and dwindling resources threaten to destroy progress. And the occasional screech of a fighter jet reminds them that nuclear oblivion still looms…

Disnaeland mixes tenderness with broad comedy during the end times. Shifting from the deeply personal to the visionary, D.D. Johnston brings us an extraordinary and prophetic novel.

‘A brilliant exciting roller coaster ride… the best dystopia I have ever read.’ @ladyreading365

‘Refreshingly original… thought provoking… surprisingly uplifting. I laughed, I cried… and I enjoyed the ride.’ @librarylove2781

‘What a read! Heart-breaking but heart-warming, morbid but hopeful.’ @herandherbooks

‘It took me exactly one chapter to be obsessed with this book… quirky, morbid, uplifting and hilarious.’ @mybloodybookstsagram

‘Memorable characters and an interesting set up… one of my top dystopian books.’ @whatyoutolkienabout

‘The novel’s radical premise is elevated by vividly drawn characters and its compassionate and hilarious storytelling.’ @reecetagram

‘Disnaeland is as witty and warm as it is dark and dingy.’ @swordinthesloan

‘Sharp-witted humour and a writing style that reminded me of Christopher Brookmyre, I was engrossed in this distinct wee novel.’ @pap3rcut__

DISNAELAND - often funny, frequently wise, always compellingly written - proves a potent concoction, a heartfelt and humane novel of the end of everything.

DD Johnston has arguably attempted here to create a sub-genre of his very own: the utopian apocalypse. What he has certainly done is to provide readers with an epic entertainment that also non-didactically exposes the clear choices for our society… Disnaeland is a literary clenched fist that another world is not only possible, but utterly essential. A remarkable and peerless read.

Apart from the cleverest title I've seen in ages, this gorgeous book sports an iconic cover, pacey and funny Scots narration driven by plenty of dialogue and a host of ordinary, and at the same time extraordinary, characters. Politics and identity are central but steeped in story. Blackest comedy with a helping of grime on the side.'

'Poignant and powerful... Little by little, a new community emerges in this gripping, funny and hopeful tale.'

DD Johnston’s Disnaeland, a comedic dystopia set in a small Scottish town, is all profanity and colloquial dialect. When civilisation collapses, a community struggles to unite and rebuild. Bringing light to a dark world is no mean feat, but the characters in the novel do just that, and so does the author. From the cunning pun of its title onward, Disnaeland is a scabrous treat.

Disnaeland has verve and intelligence - I hope he writes more like it. D.D. Johnston's novel is wildly imaginative. 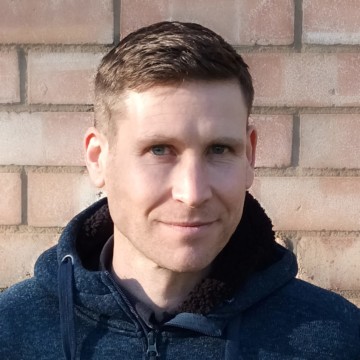 ‘D.D. JOHNSTON, one of this country’s most principled socialist novelists, is also one of the most versatile and talented around.’ – The Morning Star. ‘Bringing light to a dark world’ – The Financial Times D.D. Johnston was born in Central Scotland in the dying breaths of the 70s. A shy child obsessed with sport, in adolescence he was distinguished only by his late development and his acute Seborrhoeic dermatitis. Lacking any discernible talents, he transformed himself into an anti-social wee ned, got himself stabbed, and set a Scottish record for … 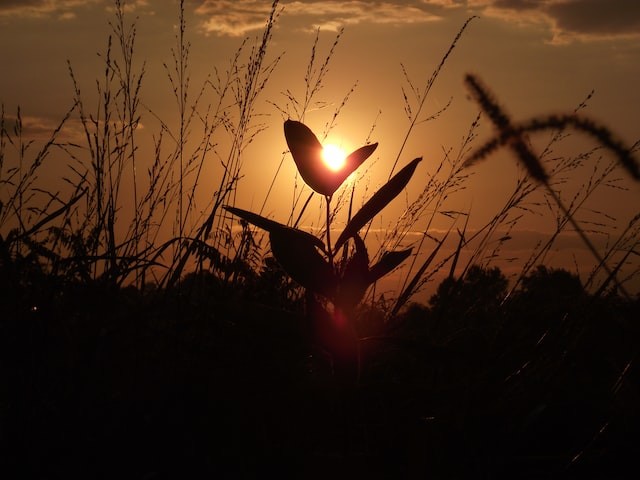 Five books that help you find light in dark times

D.D. Johnston’s Disnaeland is a rare beast of a novel: it takes the stuff of the apocalypse and makes you laugh. Dystopian stories, like Cormac McCarthy’s The Road, lead readers into ever-darkening times. Disnaeland starts with the premise that life on earth is already pretty shitty: when the crisis comes, …