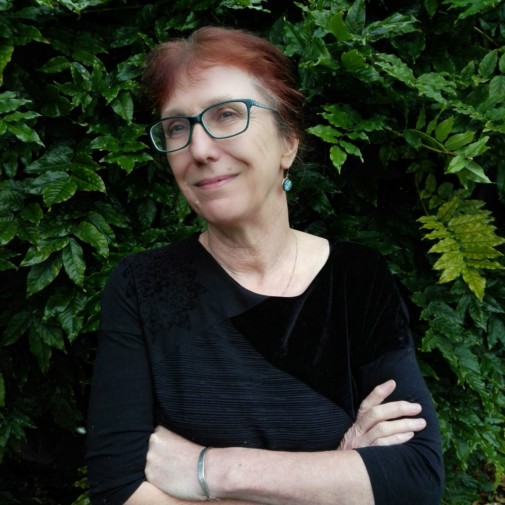 Anna Bryson Gustova is the translator of Martin Vopenka’s My Brother the Messiah.

Anna was born in Birmingham in the UK in 1955. She studied modern history at Oxford University, where she went on to obtain a DPhil in history (1984). Her history book, From Courtesy to Civility, Changing Codes of Conduct in Early Modern England, was published by Oxford University Press in 1998.

She was appointed Lecturer in Intellectual History in the School of European Studies at Sussex University in 1985, where she developed an interest in East European and specifically Czech culture. Following the Velvet Revolution in 1989 she spent a sabbatical in Prague and in 1991 she decided to move there permanently.

From 1991 to 2010 she worked as an advisor and translator in the International Relations Department at Charles University in Prague, and also lectured at the Philosophical Faculty and Faculty of Social Sciences, as well as writing occasional pieces on Czech life and culture in the British press. She also established a reputation as a translator of academic articles and monographs in history, social sciences and the arts. Her more recent book-length academic translations include Miroslav Verner, Temple of the World: Sanctuaries, Cults, and Mysteries of Ancient Egypt (2013)  and Vaclav Houzvicka,  Czechs and Germans 1848-2004: The Sudeten Question and the Transformation of Central Europe (2016).

In the field of fiction, Anna Bryson translated the Czech novelist Martin Vopenka’s novel Ballad of Descent (1995, Northwestern University Press 1995), and has continued to work with him over the years, for example on extracts from his work for the Prague Writers’ Festival and his ecological fairy stories, Tales from the Windy Mountains before the new My Brother the Messiah.

Since 2010 Anna Bryson has worked as an entirely freelance translator, editor and writer. Her work appears both under her maiden name and her married name Anna Bryson Gustova.