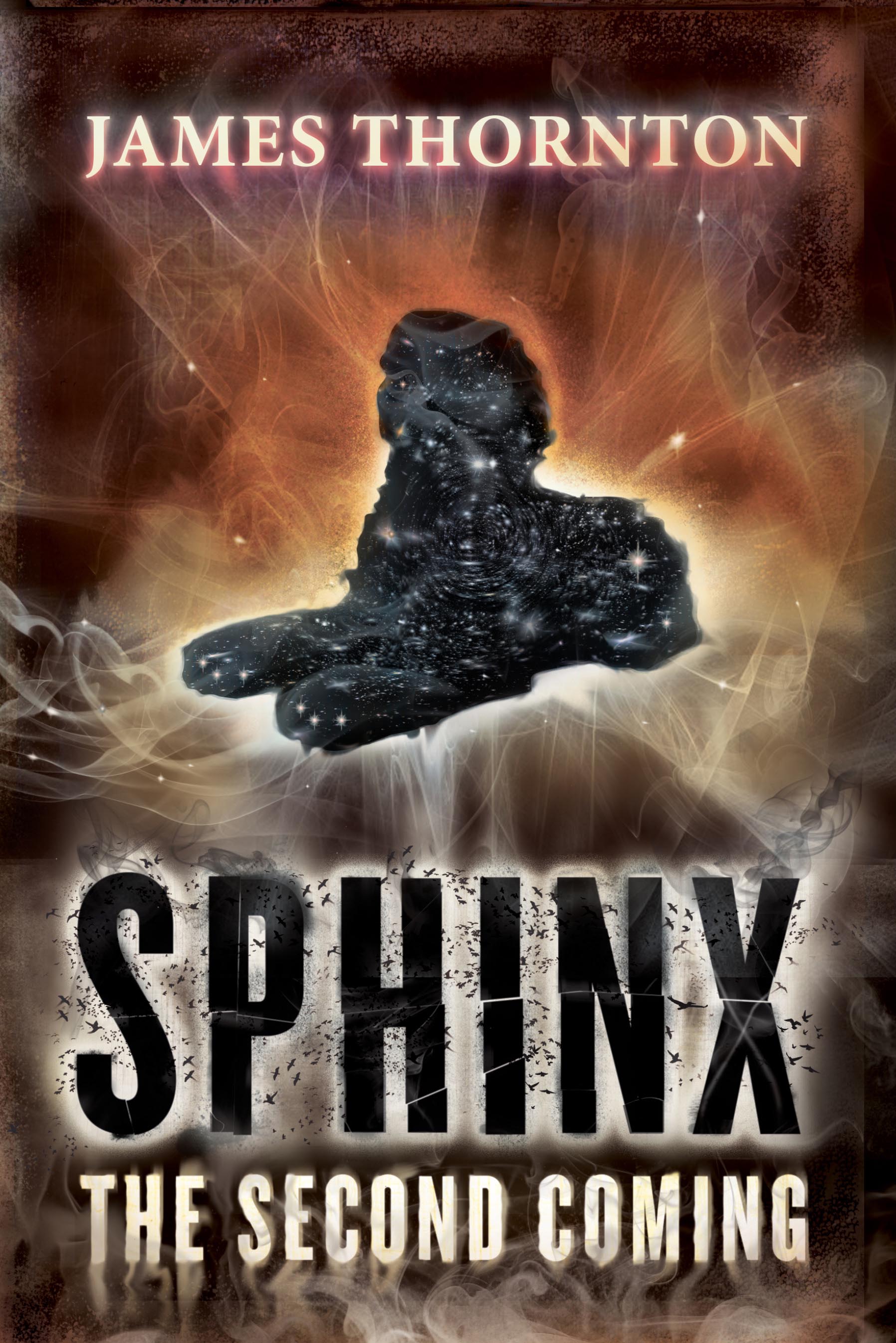 The New Statesman called James Thornton ‘one of ten people who could change the world.’

He’s surely done that in SPHINX: The Second Coming. We not only see the world in both a new and an ancient light, we see it from the perspective of multiple galaxies.

‘Sphinx is intelligent, inspiring and innovative. The combination of past, present and future is genuinely original and the ideas are fantastic. A really good read that could hit the same thirst for understanding as Dan Brown.’

SPHINX: THE SECOND COMING delves into the powers of the Ancient Gods of Egypt, and conjures them  into a thrilling science fiction adventure. The Sphinx waits. Methane bubbles beneath the ocean’s beds. Catastrophe is coming. A team of westerners is set to unlock a code found deep in the fabric of the Great Pyramid. The puzzle goes beyond time – for secrets of Ancient Egypt are alive beneath modern Cairo. The puzzle stretches into the universe, where the ruling powers on distant galaxies stay alert for the future of planet Earth. This is visionary storytelling of the highest order that takes you deep into the mysteries of Egypt, and the wildest reaches of the imagination.

Sphinx: The Second Coming is James Thornton’s second novel. The first, Immediate Harm, mixed a legal thriller with scfi elements. He also wrote the nonfiction A Field Guide to the Soul for Random House. In addition to his writing, he is one of the world’s leading environmental lawyers and a Zen Buddhist priest. He founded and runs ClientEarth, the leading environmental NGO, working throughout Europe and West Africa. TheBig Issue termed ClientEarth a ‘fleet of armour plated tanks in the battle to secure our future on planet Earth.’ Born in New York and with Irish / American citizenship, he lives in London.

Available in all formats NOW.

Read a Q&A with James Thornton on Sphinx