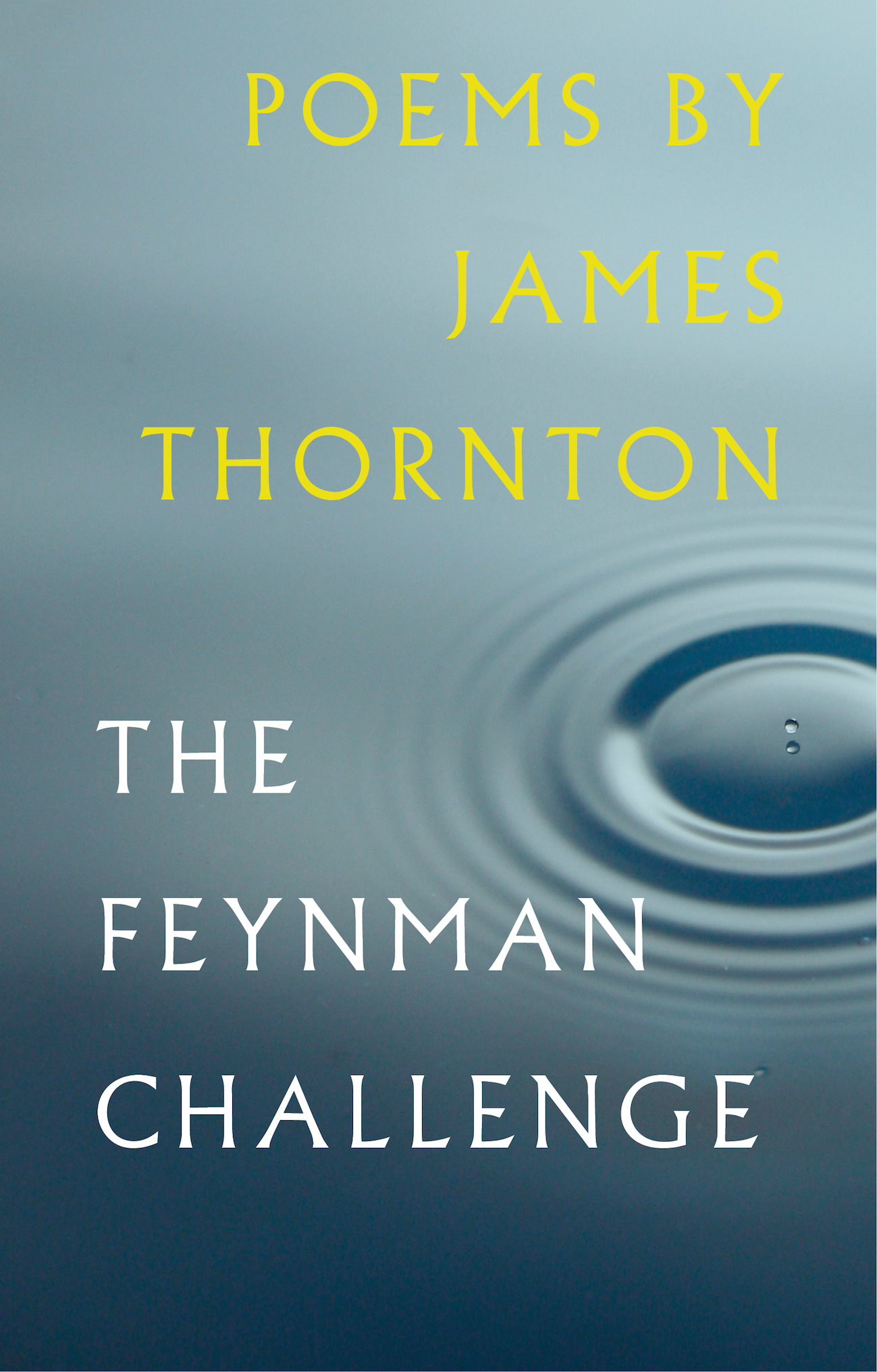 In this unusual and exceptionally interesting work, James Thornton speaks as both a poet who has colonized science and a scientist who speaks a poetic tongue.

Richard Feynman, the 20th Century’s most dashing physicist, set poets a challenge: Science is not just mystery but truth, and they should tackle it. From the mating of sea slugs to the discovery of gravity waves, The Feynman Challenge sees James Thornton focus poetry on the realms of science. Poems are sourced with the scientific articles and papers whose narratives and wonders they explore, to help readers whose interest is spiked to travel further. Complete with an introductory essay that examines the interaction of Science, from Lucretius to now.

Poets sometimes flinch at the idea of footnotes. Poems, they think, should be perfect small worlds of their own. The Feynman Challenge upends this aesthetic. Like the Pompidou Centre, it wears all its workings on the outside. Plunging into the sea of scientific knowledge, it comes up grinning and glittering with droplets of lovely information. This is a generous book, happy to serve the curiosity, the wonder and humility of science, happening here and there in words that simply send a shudder -Two black holes are about / to marry, a billion years ago – through our sense of time and space.

‘A brilliant introduction to the endless wonders of our universe, from quantum levels to the cosmos. It opened my eyes to many marvels and oddities.’