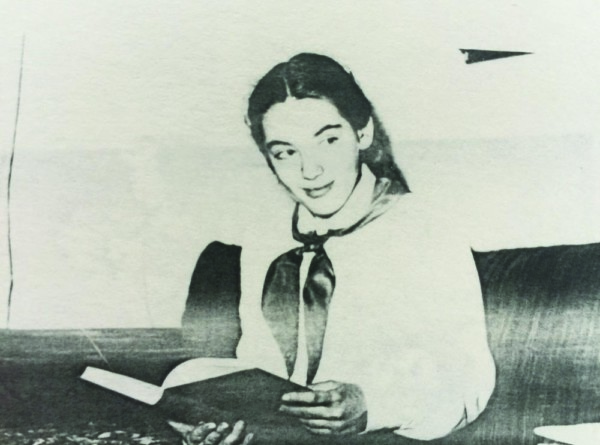 Red Hands is a compelling read. You get pulled in to the story of a young girl’s life, and then find yourself led through the excesses and collapse of a whole Communist State. As the book’s editor, I know that such a vivid read only comes out of a tough and disciplined writing process. So once the novel was off to print I asked Colin these few questions. – Martin Goodman 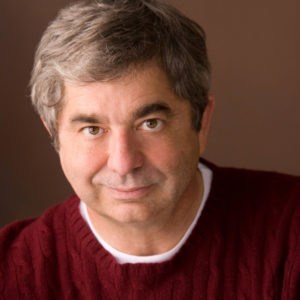 Martin: Red Hands draws on five years of interviews with Iordana Ceausescu. With so much detail, why did you choose to write the book as a novel?

Colin: Novels are the highest form of truth. Her story is a cautionary tale, and while it focuses on her personal experience of getting involved with a dictator’s family, it represents a whole country. Both history and her mother warn her about breaking the taboo. The more I listened to Iordana, the more I realized it was a horror story. If we’re not careful, we can all get seduced and then destroyed by the nightmare.

Martin: At what point did you decide you had to commit to the project?

Colin: The moment she asked me to listen, I realized she had no one to trust. Here we were, two strangers from completely different worlds, different social strata, different genders. The only experience we really shared was, we both had a son. She was willing to go out on a limb and share with me. I’m a writer. I really had no choice.

Martin: Were these strictly interviews, or more like conversations? Could you say something about their shape, and how you structured the time?

Colin: Anyone who knows me knows that all conversations are interviews. The whole time we talked, Iordana was hiding in Maine. Always involving coffee (“You need a teaspoon of sugar for the liver”), often involving dinner and wine. One time and one time only: miniature golf. There was one point where she and Dani found themselves homeless, so we welcomed them as guests.

Martin: How probing could you be? And how hard was it for Iordana to recall what are often very intimate and troubling details?

Colin: Iordana could play possum. I always had the feeling we were talking in twilight, certainly she negotiating and me stumbling around in the dark. Sometimes she’d be cunning, bright-eyed, and loquacious, but if I hit on a topic where she felt really vulnerable she’d suddenly curl up and play dead. If she did this I’d stop, but I’d make a note of it. I’d put a star in my notes. Then, I’d go back during another interview to see if she’d relaxed about this. Sometimes I’d wait as long as two years before I felt the time was right. It did take a continuous review of my own notes. Very slowly, patterns emerged.

Martin: What did you need to do to forge Iordana’s voice? 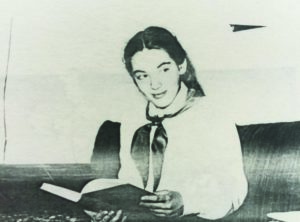 Colin: I captured Iordana’s voice without stealing it–which would have been another crime against her.

Martin: Did she recognize her own voice in your work?

Colin: I certainly hope she did. Of course, Iordana never wanted to see the final manuscript. She became afraid of the very idea of the project itself. Over time I shared parts of it with her. I especially liked it when she’d smile, look up, and say, “How could you know?” I don’t ever remember her saying this isn’t true, but I do remember her saying, “This is too true.”

Martin: What were Iordana’s hopes for all these hours spent with you? What did she want the book to achieve?

Colin: When I first met her, she was desperately out of resources. She didn’t want this to happen again. She wanted deeply to be heard. She didn’t want to be dismissed and wind up one of the silent dead in the subway. But she was also concerned about Dani being caught up in a whirlwind he couldn’t control. Dani at eight had certainly seen himself on posters in the subway calling for his death as the “Dracu” grandson.

Martin: What were her reactions on reading the manuscript?

Colin: Enthralled mortification. Laughter. Deep embarrassment. Relief. Fear. Toward the end of our relationship, when I floated the title Red Hands, she looked me in the eyes and winced. “What must you really think of me?” She looked down at her hands. “They are.” 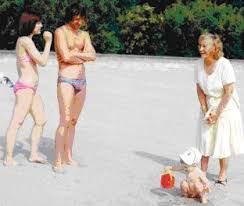 Martin: That’s pretty intense. How did she feel about others reading it?

Colin: If you were reading it right now, she’d shake her head, eyes down, and ‘shyly’ take it out of your hand. She’s revealed too much; you’ve come way too close. Who do you think you are, anyway, to see this? The next morning, dark circles around her eyes, she’ll shyly give it back to you. Maybe with the corners of certain pages turned down. Maybe with a flower or a card. The scent of cigarette smoke clinging to the pages.

Martin: Did you have a model for this book when you were writing it, a novel it was most like?

Colin: Well, it starts out as The House of Seven Gables but ends up The Handmaid’s Tale.

Martin: I understand Iordana’s death freed you to publish the book. Did it also free the writing at all? 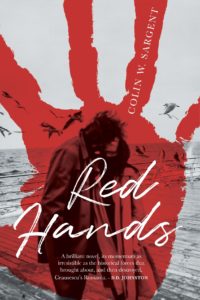 Colin: Yes. I realize we have much more in common. I can’t see a gull on our shore without thinking of the gulls on hers. Both of our boys are men now, on their own.

Martin: This is a story of late twentieth century Romania. Thirty years on, how universal is the tale? Do you see any special relevance to now?

Colin: Despots come in all packages. We have to be on the lookout for the scinteia, the sparkle of evil.

Martin: So a novel can make us better prepared for what is to come, by giving us a mirror from the past?

Colin: Past, present, and future. The easy way out is to say, “Did that really happen?” and “Is this really true?” “That must have been really different then.”  Next up: “We wouldn’t do that. We would never be so clueless. We have social media; we’d never let that happen.” That’s a natural reaction we all have when we want to be let off the hook. A novel is timeless. The future is prologue. 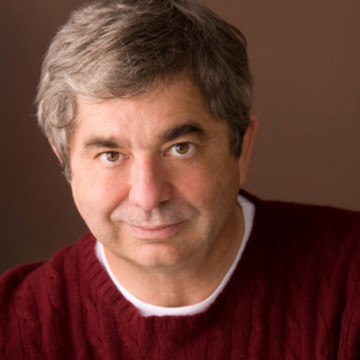