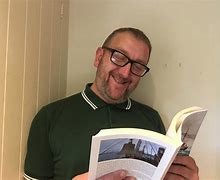 Russ Litten is the author of “Scream If You Want To Go Faster”, “Swear Down” and “Kingdom”. He has also written for TV, film, radio and the stage. Russ spent five years as a Writer In Residence at a prison in the north of England and also runs workshops and seminars in prisons and Youth Offender Institutes across the UK on behalf of English Pen. He is a regular tutor at Arvon Writing Courses and a workshop tutor for First Story in a secondary school. In 2016 Russ, along with the internationally renowned producer and musician Steve Cobby, released the spoken word/electronica album “My People Come from the Sea”. The album “Boothferry” followed in 2017. A collection of short stories “We Know What We Are” was published in May 2018. His debut poetry collection “I Can See The Lights” was published by Wild Pressed Books in February 2019.

For Barbican, his work in prisons is highlighted in the collection Hope Walks By Me. He’s here both as editor, and in a few strong and brief prose pieces by Russ. 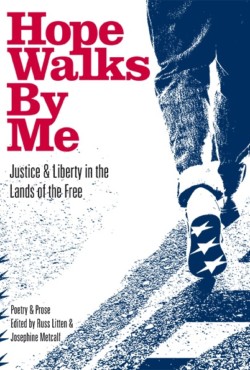 Hope Walks By Me